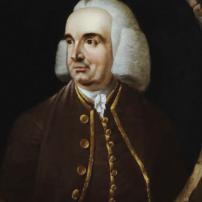 Download the build by clicking on the link text above.

ACADEMIA SUMMARIES
Drake’s Oration of 1726 with
Commentary and Notes
The original paper contains 0 sections, with 6 passages identified by our machine learning
algorithms as central to this paper.
Paper Summary
SUMMARY PASSAGE 1
Section 1
Underlining Vibert’s observation of the attention this speech attracted, we find that it was reprinted
many times. Although the first print run-possibly intended for the York Masons alone-was short and
copies became exceptionally rare, an expanded edition was published in London in 1729, adding an
oration by Edward Oakley (a prominent figure in the London-based Grand Lodge of England), and an
account of a Drury Lane performance of Shakespeare’s Henry IV, bespoke by the London
Freemasons, and including a Masonic prologue and epilogue. This expanded version received a
second edition in 1734, also at Lon-16 philalethes â€¢ Winter 2014 Invectives daily bestowed upon
us; and yet as Mens sibi conscia recti, Silence is the best Way of answering those angry Sophisters,
who because they cannot unloose the Knot, wou’d gladly cut it asunder.
SUMMARY PASSAGE 2
Section 1
2. Daniel Draper was a member of an unknown lodge, not a member of the York Grand Lodge.
Neville Barker Cryer points out that this demonstrates that the York brethren were not isolated from
the rest of the Craft [York Mysteries Revealed (2006), 243] 3.
SUMMARY PASSAGE 3
Section 1
Drake himself apologizes later in the oration for alluding to the “mysteries,” even though only
Freemasons were present. This strongly suggests that the brethren of the York Grand Lodge
understood the secrets of Masonry to be more than grips and signs, as it is clear that it is not modes
of recognition to which Drake is referring. Unfortunately, it is not possible to know precisely what
Drake meant by “Arcana” in this statement.
SUMMARY PASSAGE 4
Hyperbolically Characterized By
He was widely known as “Orator Henley” for his gifted rhetoric and ability to draw an audience. It is
known that he gave a number of Masonic orations, a fact apparently already known to Drake. 14.
SUMMARY PASSAGE 5
Hyperbolically Characterized By
It is fascinating to observe that even in 1726, there is a counterpoint being struck in Masonic rhetoric
between Antients vs. Moderns, with the Antients seen as the grander and more worthy of emulation.
Drake may be very subtly implying the greater antiquity and legitimacy of the York Grand Lodge
versus the London Grand Lodge. If so, then this section foreshadows the later and more overt
characterization of the London Grand Lodge as “the Moderns” by the lodges that united in the 1750s
to form a Grand Lodge of Antients in England.
SUMMARY PASSAGE 6
Hyperbolically Characterized By
39. Early Masonic writings sometimes refer to false brethren within the bounds of the lodge, a theme
which was important enough to become ensconced in the drama of the third degree. Descriptions of
false brethren from the 1720s and 1730s emphasized their disinterest in the traditions of the Craft,
their unwillingness to abide by Masonic standards of conduct, and their overinterest in food and their
intemperance.