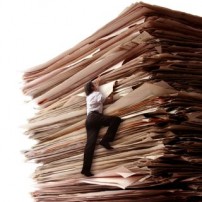 Dear Brethren, as most of you know, today I celebrate my 34th birthday. For the past couple of days I have been thinking on my personal behalf on a fraternal matter which I just can’t straighten my head on. It seems to me that for almost 100 years now (since September 4th, 1929) most of the relations between Grand Freemasonic bodies are not in harmony with at least 2 of the Ancient Landmarks. The 2 landmarks are: “The right of every Mason to sit in every regular Lodge” and “That no Lodge can interfere in the business of another Lodge”. I just can’t quite understand how is it possible for almost 200 years (since 1717) to have a well working system that promotes, endures, nourishes and governs Freemasonry in Europe and around the world, and then on Sep 4th, 1929 to adopt the so called “Basic Principles for Grand Lodge Recognition”. I made a small survey via the website of various Grand Lodges on 3 continents: Africa, Asia and Europe. It turns out that until 1929 in 74 states (for about 200 years in some of them) in the above-mentioned continents you have 74 Grand Lodges (normal I think: 74 states with 74 Grand Lodges). After the adoption of the “Basic Principles for Grand Lodge Recognition” by the United Grand Lodge of England in 1929 in a couple of years you have an enormous increase in the number of Grand Lodges. From 74 states with 1 Grand Lodge in 1929, now you have 51 states with at least 2 Grand Lodges from which 1 is selected to be worthy for Recognition by the UGLE. There are examples of states in which you have 8-9 Grand Lodges and only 1 is recognized by UGLE. I believe that Freemasonry looks upon the UGLE as the birthplace of the modern organized Freemasonry and thus after the document which I mentioned earlier was adopted in 1929, then many groups have tried to claim legitimacy in order to be in close relations with the UGLE.

However, what did we have prior to 1929? Wasn’t a Brother Master Mason well accepted upon his visit to a lodge in a foreign jurisdiction if he showed the basic knowledge that a Master Mason is required to have? Wasn’t a Brother Master Mason asked to speak on a Freemasonic topic and shed light upon what he knows from his lodge upon the philosophies of the ages? Wasn’t a Brother Master Mason recognized for being such not by which Grand Lodge he belongs to but does he work under the will of the Grand Architect of the Universe? How did Freemasonry get into politics by stating that this or that Master Mason is not a Freemason due to his membership in a lodge which by some is recognized and by others is not? It sounds almost as: you are not a Liverpool fan so you are not to sit in this pub with us, because we are all Liverpool fans… and do remember that the motto of the FC Liverpool is “You’ll Never Walk Alone”. How did Freemasonry end up in the 21st century stating to a Brother Master Mason that he is to be alone? Have we forgotten the symbolic meaning of Chain of Union and do we really mean what we say at the end of the ritual work: “We unite ourselves with all Brethren around the World in an indestructible fraternal chain”. Why have we let Recognition be more important rather than the actual work in our lodges? How does a Recognition paper help our work? Will a Recognition paper give us more power in society (in some societies that may be the case)? Will a Recognition paper lead more new members and this will increase our income for the lodge (in some lodges that may be the case)? Will a Recognition paper make us 1st class Freemasons? Will a Recognition paper make us Free or we will abandon our Freedom just to be able to state that we are recognized by this or that Freemasonic entity? When a Master Masons is raised in a lodge it is not his Master Masons Certificate that the Senior Warden requires in order to accept and recognized him as such in order to let him work in the 3rd degree. It is his knowledge for the secrets of Freemasonry that a full-right Brother has obtained.

There are Grand Lodges which need to know whether another Grand Lodge is regular, but regularity and recognition are 2 different things. Regularity exists since Freemasonry exists. Formal Recognition of a Grand Lodge exists since 1929. I can’t quite firmly pose upon why the concept for Grand Lodge Recognition was introduced between the two World Wars, but I have my view upon it. However, if Freemasonry persists on a global scale to claim who is a 1st class Freemason and who is to be considered a 2nd class Freemason just based upon a Grand Lodge Recognition Paper, then we might as well start carving a tombstone, since capsulation has shown that we cannot and must not do this. We are getting less and less young people in Freemasonry because they do not want to be part of groups that build walls and borders. The new generations are connected and if we stay out of this tendency then we might as well say that our forefathers prior to 1929 did not know anything about how Freemasonry was to be governed. United We Stand. Divided We Fall.

We have to start introducing to our societies that Freemasonry is harmony. Harmony unites even opposite views. You cannot and will not be able to unite just the ones which are in favor of your views. Freemasonry teaches us about uniting societies with the common goal for progress, peace and wise future. Freemasonry does not marginalize others. Freemasonry does not divide societies. Freemasonry does not separate. Being a Mason is one thing. Being a Freemason is another. To be a Freemason basically means to speak the words that your opponent does not want to even hear. Real words are not nice words but be sure that nice words are not real words. But being a Freemason means also to listen to the words which you do not want to hear. We need to speak and hear together. That is what Freemasons do. With the Grand knowledge come Grand duties. We may be illuminated by the Light of the Ages but we still are very far from emitting the Light we are meant to shed upon our matters and the problems that our societies await for us to consider and try to deal with. We need to overthrow the chains that prevent us to unite and be Free. Freedom is the main value of a Man. A Free Man can be a Freemasons. Unfortunately, however we do see sometimes that some Brothers Freemasons are not Free Men. We need to help these Brothers. It is what our oath was all about upon stepping in this Grand Order of Free Men.

IN THE NAME OF THE GRAND ARCHITECT OF THE UNIVERSE