THE ROMANIAN MASONIC PRESS AGENCY: The beginnings of Bulgarian Freemasonry have its roots in Romania? 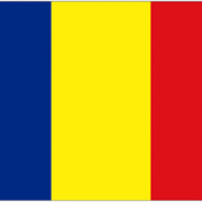 The beginnings of Bulgarian Freemasonry have its roots in Romania?

However, the Founding Brother of Masonry in Bulgaria is considered to be Ivan Vedar, who received the Initiation in the Respectable British Lodge in the East of Istanbul, the same place in which he received the sublime Sovereign Grand Inspector General.

Brother Vedar had close relations with the Central Bulgarian Revolutionary Committee (BCRK) in the East of Bucharest, Romania, which was tasked with organizing the struggle for independence in the profan year 1870.

Vedar was the Presenter of several Bulgarian revolutionary leaders, and during the Russo-Turkish War he managed to prevent the destruction of the most European Bulgarian city, the Russian Orient, given his relations in the Ancient and Accepted Scottish Rite in Istanbul.

After the profane year 1878, he took the Lights of the First Lodge, and initiated a few profanes from the Russian Orient. Their number increased, the Brethren demanded autonomy. In 5880/1880, the Grand Orient of Portugal granted a Patent to the Balkanska Zvezda Lodge (the Balkan Star) in the Russian East. The Loja would have a historical role, given that it was often visited by Prince Alexander Battenberg, who was initiated in an Austrian Lodge, who would go to the throne of Bulgaria.

The First Grand Lodge of Bulgaria appeared in the East of Varna, in 5884/1884, but it ceased its activity shortly after the Enlightenment of its Lights. The political fights and youth of Bulgarian Masonry represented the weak point of the Order in this country. To avoid discrediting the Bulgarian Freemasonry, Brother Ivan Vedar went to sleep in the Loja in Ruse and lit the Lights of the Bratstvo Lodge (Brother) in the East of Sofia, the capital of Bulgaria. However, a large part of the Bulgarian Brothers were in fact members of the various Masonic Lodges of French and German origin.

The Great Symbolic Lodge of Bulgaria was born on January 7, 1918, in the East of Sofia, with General Alexander Protogerov as Grand Master.Obedience adopted the motto ” Love, Truth and Work “. Alexander Stambolivski, leader of the Agrare Union, who won the 5920/1920 elections, formally recognized the existence of the Grand Symbolic Lodge of Bulgaria.

The lights of the Lodges in Ruse, Varna, Plovdiv, Burgas, Pleven, Kyustendil, Yambol and Dupnitsa were lit. Much of the over 500 initiates were Bulgarian personalities from different fields of activity. As a mere mention, we are talking about 17 Bulgarian premiers who were Freemasons. In 5921/1921, Obedience became a founding member of the International Masonic Association. In 5936/1936 the Supreme Council of the Ancient and Accepted Scottish Rite was established.

In the 1940s, Bulgarian Freemasonry was illegitimate, with the fact that Freemasons were not subsequently persecuted.

After the Second World War, the courthouse courts sent to death many Bulgarian Freemasons, who were publicly declared agents of foreign intelligence services. During the communist era, they were suppressed, being considered enemies of the party, although Bulgarian Brothers were still working abroad. Unlike the brethren in Romania, Russia, Poland, Hungary and the Czech Republic, who reorganized themselves into exile, the Bulgarian Brothers did not succeed, and they became members of foreign lodges.

The transition was the period when the Bulgarian Masonry tried to resuscitate the spirit of the Order in the country. In the profan year 1992, the public announcement of the Great Lodge was attempted, but the action failed. Many consider the Bulgarian Brothers initiated in the Lessing German Lodge to be the true founders of the Bulgarian Masonry after the fall of the Iron Curtain. In Sofia, the Svetlina, Zora and Serdika Lodge Lights were lit in the profan year 1994, and two years later the lights of the Zaria Lodge were restored in the eastern part of Sofia along with the first Lodge outside the Bulgarian capital, the Respected Symbolic Lodge Chernomorski Priyateli (Black Sea Friends) in the East of Varna. Then Triangles appeared in the Shumen, Ruse and Dobrich Orienteles, Bulgarian Freemasons continuing to receive the help of the German Brothers.

In the summer of 6009/2009, the last of them chose the new Grand Master, and the Conference of Great Masters of Masons of North America issued a report informing that little is being done to unify Bulgarian Freemasonry by encouraging the two Great Loji to work for unification.