DISCOURCE: The Dark Side – Leaders, Sex and Death 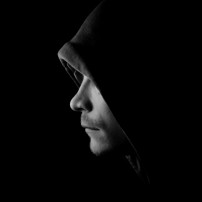 The Dark Side – Leaders, Sex and Death

It is alphabetical that the drive to power is a compensatory response to unsatisfied sexual instinct and to the unrealized inner Ego personality. It is simple. When you are at peace with yourself, you need a natural interaction with the world around you, being both a dazzling politician (a social being) and a person with its own intimate consciousness, guarded consciously on the border between inside and outside. But when you have stuck with walls of misunderstanding the ways of penetrating the roots of your inner identity, you need to compensate for this emptiness by moving completely outward and projecting it on the world to prove yourself first, and then to others, that you are operating significantly. The most profound and primary feature of the personality is her sexual nature. When it is not experienced, acquainted and mastered by the existential verticality of self-knowledge, but only compensated externally, unfulfilled sexuality is realized spontaneously throughthe will to power. In the most archaic layer of human consciousness, this is not just about sexuality, but about dealing with the fear of Death in its deepest and primary manifestation.

All this is simple to recognize in the public space. The sexually unrealized leader is coming from a distance. Not only because it is totally useless and harmful to society and is successful only for itself, as it satisfies its constant needs for power and public recognition at the expense of the well-being of those who rule it. He is also known that he can not offer any productive vision or solution to the common good instead of strategies, produces sporadic, absurd or original verbal routines, around which media-hungry mediators stick like honey flies. He does not have the Logos, but uses the cluttered, emptied language in which he has been trained by his benefactors, who have discovered within him his proper object and purposefully managing his power. He is not wise. His inner emptiness has turned from an inferiority complex into a computed fiction to possess influence and material goods. That is why such a leader pursues power with an abstracted indecisiveness, often reaching craziness. Power is opiate for men, descrambled their masculinity, and sought their lost sexual center out of the field of their self. Designing the drive on the world outside of you is the easiest way to avoid the dark gaps in your unlit interior labyrinths. However, in order to jump into the latter, it is necessary to have a simple autoreflexia, which is today a growing luxury and a major deficit on the road to power.

All this creates inadequate situations. For example, a leader who is experiencing their sexuality, flirting with the microphones of reporters or posing courageously in the chair of power. Or leader who has fallen into a complex before their sexual nature and compensate for the lack of meeting with her through ridiculous and belligerent behavior of verbal level to prove its relevance. Or leader, frightened so many losing its potency to listen for important public works his wife or mistress, since it is inherently empowered himself to it guarded by his encounter with death. Family-amorous appointments do not even need a comment. Unfortunately, the effects of this simple replacement of a hegemonic sex drive is not only unproductive, but are dangerous and detrimental to society. In all cases, the distortion is deeply existential issues and also lack of political culture, despite the suggestions of public behavior and protective masks. Of course, all this can not be analyzed in daylight because it is a nocturnal shadows of things. And political and public life have long been deprived of the knowledge that we all represent a single living organism made up of individual living organisms. And when a single sick, sick and all. Moreover, where the unit claims to water in all its historical path.
The situation of women in power is even more sad and pathetic. Emancipation and the final feminism caused tremendous damage to womanhood whose mystical shadow twisted horribly under the spotlight of public political scene. Thick or thin, it does not matter. It matters that shadow has gone too far outside the boundaries of the female temple. Although branded clothes, shoes and bags that are walking the corridors of power, they remain only accessories unsatisfied, hungry and open to prey female maw that handled clumsily and incongruous with the male tool in the political masquerade, replace knee-jerk and reckless functions their feminine essence, so women wanted to become men with more masculine features. Unfortunately, this happens inside. The underlying cause for extreme and perverted manifestations of feminism is the escalation of power instinct in women who compensation of sexual dissatisfaction and problems in-depth experience of womanhood. The woman did not just want to enter the social role of the man she wanted to be a demiurge, she reached for his sacred Logos and began to create a new world on his behalf, offsetting subordinate role in the millennial patriarchal world. The man to whom this game with the exchange of social roles in the beginning it was almost fun today with bewilderment finds that things have gone too far. The lesions are mutual. The exchange of social roles rather than achieving a harmonious balance intrude new confrontation between men and women and birth gender ideology that came to the insane claim that biological sex is negligible and insignificant detail in the choice of sexual identity, so sex is established successfully simply by role and civilizational memory sacredness of masculine and feminine, supported the foundations of society universe was crushed like an unnecessary piece of paper and thrown in the trash soul waste a crazy and aggressive minority of pushy, belligerent poluzheni and confused intelektualstvashti polumazhe. Sooner or later Western consciousness (living a wrong himself as all mankind) will end forcibly or voluntarily phase of its consecutive madness. Sacred knowledge of men and women and their sacred nature will rise like a phoenix from the ashes of collapsing human space to be built a new one. Sooner or later, but inevitably, the man will remember that man and woman will remember that woman. They will return to the memory of its chemical wedding, which doomed them to be together in life and death; and they will remember that they are two opposite natures of the integral whole. This will happen because while fools nabesneyat, spiritual individuals remember and know. Mens sana in corpore sano (a healthy mind in a healthy body) is the sole and tough formula for the functioning of a healthy society that values knowledge that each is part of the whole and of its public health. Unfortunately, sick societies, as is ours today can emit for leaders only impersonal, unbalanced or caricature, devoid of the potential to turn in a healthy direction life of the nation. And this is because they are not able to live healthily mostly themselves, thus the vicious circle is closed until the immune system of collective organism fails to protect the folds of its primary and primordial identity thing a decent and hard carrying in their genes authentic qualities. This is not the awaited Messiah who never comes and unexpected, conceived by man and woman. He can talk to death, and the power does not need to forget their fear of it. He’s sages and remember the legacy. He knows the woman and knows that her strength makes it sacred. He did not listen to the voice of his mistress, but looking nature expert in it. He listens to his inner voice. Unfortunately, Bulgaria today has no such guide. Society still has not been able to broadcast. But just today was born the true resistance to stupidity, madness and vulgarity, so reflex to wake up public awareness has already yielded its first fruits. The driver will come when the public body is fully ripe for its appearance when a critical mass of people realize that the time has come for transformation. He will be ready to live and ready to die on the way to a whole, which inevitably incorporates dedication in the service of his people.

Translated from Bulgarian to English language by Wade Brown. Thank you!