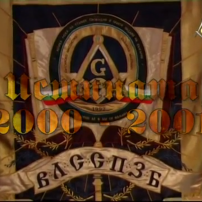 New film for the history of freemasonry in Bulgaria named “The Truth – 2000/2001” was presented on July 22, 2006 in Sofia. The length was 36 mins.  The film represents the factological side of the reactivation and development of Bulgarian Freemasonry during the last 10 years. However the main focus is on the events in the…

A masonic film about the reactivation of freemasonry after 1990 in Bulgaria was created and presented on February 14, 2006. The movie is in English and Bulgarian language. The film is with 15 mins. length and 50 copies were made specially for the US Gls in NTSC format.

On January 7th, 2006 in the city of Plovdiv an open for the public conference was held for the 5 years anniversary of the Supreme Council 33° of the Ancient and Accepted Scotish Ritte in Bulgaria. The conference was attended by the MW GM Bro. Nikola Alexandrov, MW PGM Bro. Ivan Stavrev and many Brothers-members…